She did it again! What an awesome third book!

In this great third installment is from Maddix's point of view, her story.
In the second book we met her for the first time. She is Aidens long lost sister.
We don't get to know her that much in the second installment but we met her as this hard core killer, or natural killer as she would state her self. You get the hint that she and Angelo has a jet to come love story, filled with complications (in book two)

Well on to the third book !

It's filled with action! And what a handful Maddy is! Jez! That girl has problems.
But she has reasons to why, she's that way. She and Angelos's love affair is as expected filled with love, denial and more love ;) it was thrilling to experience their story and personal development.

But the most exciting character is
Damiano ( he is in the first, second and third book ) he is not mentioned that often and we don't know that much about him BUT! We get a lot more of him in this installment!
And I didn't see that one coming! Off course there was many hunts and such, but yeah couldn't figure that out! ( you'll know, when you read the book!)

***spoiler alert***
Tho we still follow the others, I'm so very exstatic to read that Chas is pregnant!!

"just because we believe something to be inevitable d oes not mean it limits our ability to hope. Hope is eternal." - Lizabeth 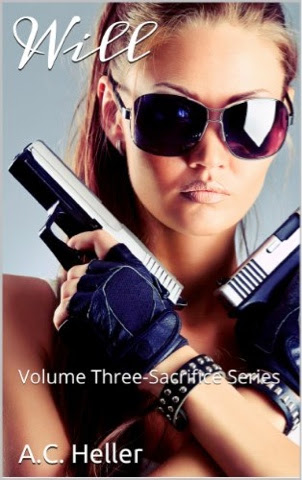