It scared me soo much! I totally didn't expect it!

We meet 15 year old Kacie, who can see ghosts! She had a rough start on pre teen years, her mother found out that Kacie could see ghosts and left, her father blamed her, making it horrible to be a teenager.

But we start at a party, where a terrible ghost emerges. But she's not the only one who can see it, actually her longtime cruch Logan sees it too, and kinda saves her from it! Uhh and there we have a love affair starting!
After heavy flirting he invites her to a meeting with this super secret society called the Orion circle, it contains of other people with psychic abilities and so on.
This group of people helps Kacie to embrace her powers and teach her how to use them.

Actually starting with this book, I didn't expect that much, but as I stated at first OMG! For the first time ever I didn't wanted to read a book before going to bed! So much said, I thought I was a great read.

Filled with horror, danger and off course love! Though! Only in the second half of the book, the first half was really boring, with too much babbling and not that much story..
I didn't feel like I connected with the characters, I liked them, but felt like the only one I really got to know was the bad guy haunting our MC.

Overall a great book, with a thrilling story, but has some flaws and inconsistencies.
I will without a doubt read the next one, when it comes out. 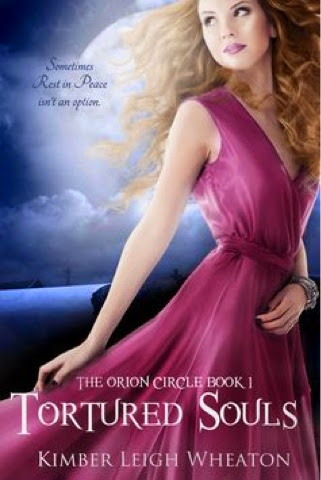