I was really surprised by this book. It was very hard for me at first to read it, because it had a very long beginning, but after a few chapters it started to get interesting.

Atancia lives with her adoptive grandmother whom she calls Nana, she has been the one taking care of her after her mother left. Atancia doesn't remember her mother, she was only one month when she left behind by her mother.
Well Atancia is a very shy person, but was invited to a New Year's Eve party by a almost kinda friend. She met Benjamin at this party and they hit it off right from the start, ok maybe after he broke her shyness.
Atancia has started to get these heart thumps after she saw a young boy die. So that's odd. But what's even more odd is that she was giving a message by Nana from her mother, something about seeking light to find the pease. After that the exiting things began!

Wren did gave away a little hint in the beginning of the book, first I did take it as well just thoughts and conversation, but as the book progressed I found out that it actually was a hint ;) so really read between the lines and keep an eye on the conversation, it may hold leads!

Wren has a natural gift for weaving plots and twists into his story, and it really amazed me! Great book from a really great writer. 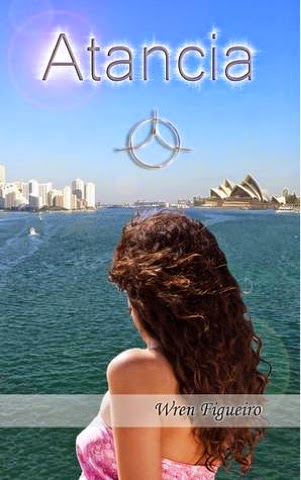